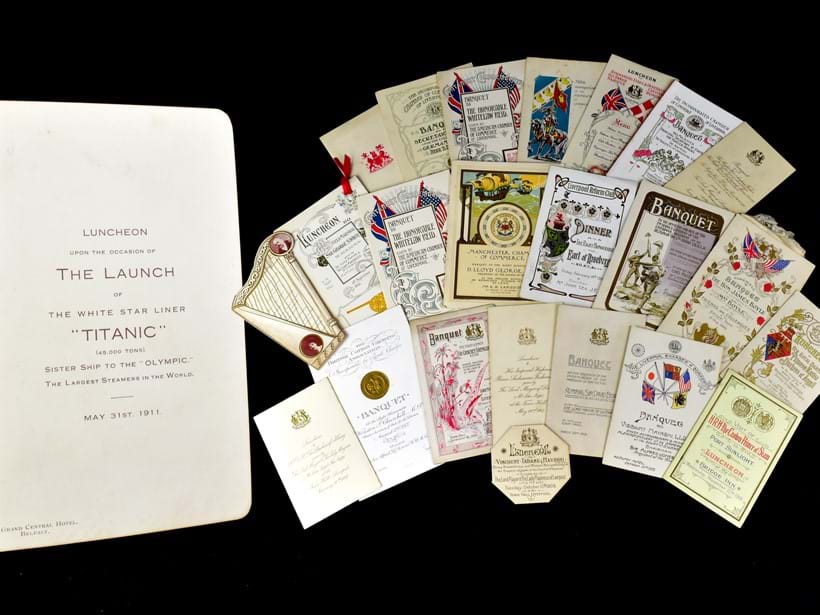 “Luncheon Upon the Occasion of the Launch of the White Stare Line ‘Titanic’ (45,000 Tons), Sister Ship to the ‘Olympic’ – the Largest Steamers in the World - May 31st 1911, at the Grand Central Hotel – Belfast”.

The Titanic Menu was with a collection of 40 menus dating from 1900 – 1911, each held in honour of Royalty, Members of Parliament, Field Marshalls and foreign dignitaries with such names as Field Marshall Sir George S White, Viscount Tadasu Hayashi, Admiral Sir David Beatty – Admiral of the Fleet, H.R.H Crown Prince of Siam, David Lloyd George, Winston Churchill, Princess Louise Duchess of Argyle and many more.

All from the estate of the late Herbert James Rowe (1887-1963) an extraordinary architect responsible for the beautiful buildings in Liverpool of the Art Deco era – shaping the city of Liverpool like no other - influenced by the American Beaux Arts. His designs include the Philharmonic Hall, India buildings, the air vents to the Mersey tunnel and Martins Bank – used to secretly store Britain’s gold reserves during World War II.

The legacy of Herbert Rowse lives on in this rarest bitter-sweet RMS Titanic launch luncheon menu.

This fascinating piece, a menu from the Titanic’s launch luncheon with further provenance in the form of relating menus, is available in our upcoming Maritime Auction at the Liverpool Saleroom with an estimate £5,000 - £10,000. 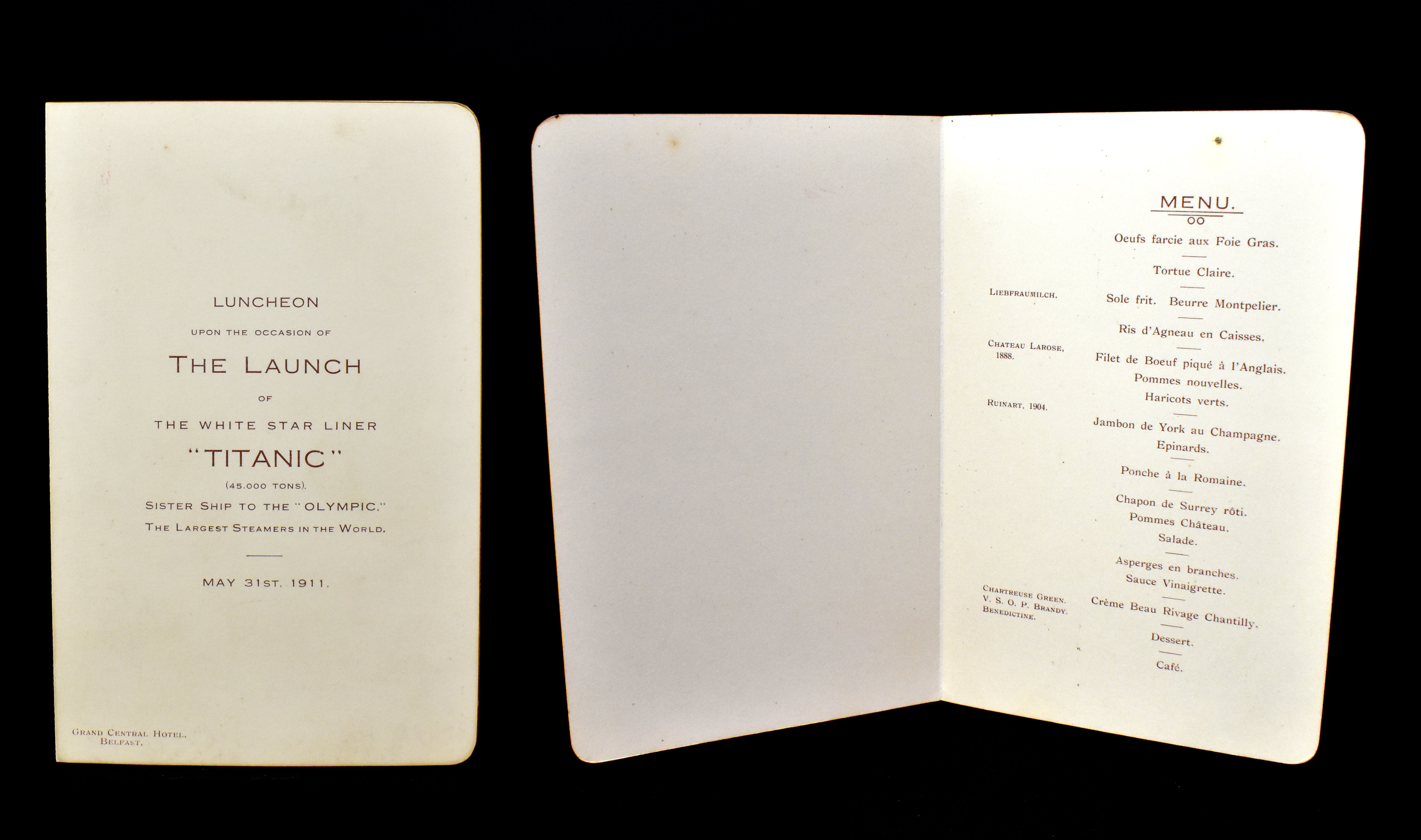